"Wrongs hill" is it true or fiction?

The Iraqi young man Mujtaba posted on his Twitter account a group of tweets talking about Tel in Dhi Qar governorate south of Iraq, specifically northwest of Nasiriyah called "Tel-Sins", a place dedicated to bury women killed by members of their family under names "Wash shame and crimes of honor".

Its publication comes in conjunction with the Iraqi cyber campaign for about 40 days to press towards the legislation against domestic violence law.

Mujtaba says "raise your voice" he knows nothing about this hill on the ground, and just read it before moving it to his page.

The topic summarized an Egyptian young man named Ahmed, on Twitter, with this tweet, which received shocking reactions from girls, while Iraqis accused him of lying and confirmed that this hill is not in Iraq.

From the comments of the girls on his tweets, Raven said: "if I commit suicide, it is written, it is a suicide note that goodbye is because of what I hear and see from many people hate me, the world with her behavior and actions".

And I wrote dreams " they from inside them know that they are racist towards women and know that they don't honor women, they like to use this to control the culture of the herd that the male living is king and the female is owned like claiming a woman's mind for her passion while reality says the male can see fasting Breaks while the woman is cooking for the memory of him ".

While Marwa commented "the girl is getting dark from her birthday and all her life until she dies and this is because she is a girl".

However, an Iraqi tweet called Hasoni Al-Baghdadi " even if it's true what do you think we do with her give her a reply? She lost her honor and the reputation of her family and she is one as you mentioned ".

Many people of Nasiriyah City asked the center of Dhi Qar Governorate, most of them know nothing about this hill, but it's not a lie.

Dead Ikram is not burial

The text transmitted through the Telegram app and other social media sites, is actually due to the 2012 publication, prepared by Gardens of Al-Ghazi for the Iraqi Equality newspaper, entitled "Tel Sins.. the last place of the eastern female in the name of honor".

The newspaper is a weekly printed on women's issues, published by Women's Freedom in Iraq.

According to the investigation, the hill " located in the northwest of Nasiriyah city and in areas belonging to Al-Batta (40 km northwest of Nasiriyah) and near the archaeological city of ur where there are many archaeological hills, making it a suitable area to be A vault for those who are killed in the name of washing shame, away from the eyes of people and the law ".

The writer adds " When we investigate those hills called by the Ishan parents, we discovered that they are archaeological hills, which are the remains of temples of civilizations that took place in these areas thousands of years ago and even the word " Ishan " currently used by locals is Sumerian word means hill ".

" That hill and much like it is a terrifying for wolves, bulk dogs, foxes and other animals that dig graves or more importantly the drilling in which they are buried without taking into account the right of the dead to a decent buritual of the recognized religious rituals There are also those who burn or represent their bodies, where they are buried – in their clothes without enough or indoctrinated " follow the puzzie.

The reason for women are buried in those hills is because the belief that " victims do not deserve to be buried in areas dedicated to the rest of the dead and consider them sacred areas that should not be desecrated with bodies (sinners), and also because they are areas used to some clans On burying children in it and having people near it will not raise doubt that there is a crime, plus it will be safe from drowning in case of a flood that may expose the presence of bodies in it ".

The historic researcher from Nasiriyah, Mohamed Al-Husseini confirms " raise your voice " above, adding that tribes are usually and when a murder in the name of " honor " women are buried in the archaeological hills, to avoid legal accounting ".

It denies that there is a particular hill named "The Wrongs Hill".

From the north of Nasiriyah, a special source of " raise your voice " confirms that women who are killed under the name of " shamed " washing shame " are not usually buried.

He says "The victim is beheaded so she does not know who she is and thrown into farmland or on outside roads". 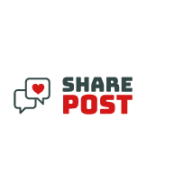